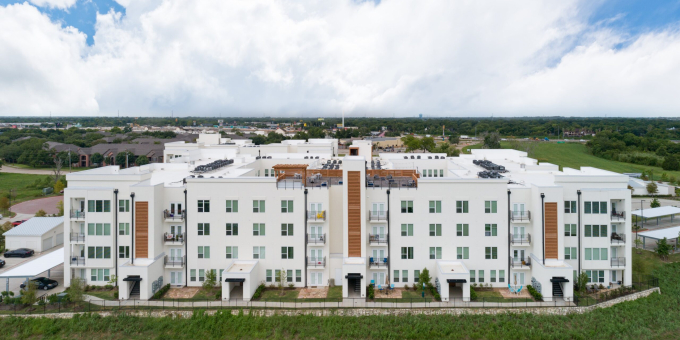 Ready for some long overdue good news, home builders may find it in the form of an apartment construction boom.  Lesley Deutsch of John Burns Real Estate Consulting noted that there will be 9.1 million renter households created over the next five years.  As our earlier articles about the Texas housing market have pointed out, housing starts are up the Dallas-Fort Worth market as well as Houston.  These increases, however, will not make up for the demand for rental housing.

Experts speaking at the National Association of Home Builders annual convention, taking place this week, forecast an 18% rise in apartment starts in 2012. “But that won’t be enough,” said Sharon Dworkin Bellof the NAHB. “We are far short of what we need as an industry. We are going to see a supply-and-demand imbalance which means pressure on rents.” Which will fuel apartment construction.

Ron Witten, who heads up Witten Advisors, commented, “We think rents will keep growing faster than inflation.” Further, there is going to be a net increase in housing formations for the next twenty years because of the 20-34 year old cohort of the population aging.  Home ownership does not have the same attraction to them as it did for their parents.  They have seen their parents lose money.  That attitude and their propensity to be mobile is causing how we determine housing policy.

Ultimately, many consumers will want to buy single family homes and will do so as family formations include children who need to be settled in for schooling.  However, the flexibility of renting, especially in luxury apartment communities, remains very attractive and will continue to lure in tenants until rental increases bring the market into equilibrium. Until that happens, apartment construction should skyrocket.

Further pressure will be felt by the baby-boomers beginning to downsize as they age and their households empty of children. Apartments will continue to provide an attractive alternative to home ownership.